David Hague is a Bachelor of Science (BSc) with an honours degree in physics, a Chartered Physicist (CPhys) and a Member of the Institute of Physics (MInstP).

He has been a forensic scientist, specialising in the reconstruction of road traffic collisions, for more than 20 years. Between 1993 and 1996 he was employed at the Metropolitan Police Forensic Science Laboratory, which in 1996 became part of the London Laboratory of the Home Office Forensic Science Service, where he was the National Scientific Lead for Accident Investigation.

David became a private consultant in 2012 and continues to provide accident investigation reports for Civil and Criminal proceedings.

David has attended courts as an expert witness in England, Scotland and Northern Ireland and has given expert evidence in Coroners’, Magistrates’, Crown, Military and Civil Courts. He has also acted as an accident investigation expert in Continental Europe, Asia and North America.

To assist with the reconstruction of road traffic collisions he has researched and published scientific papers on the calculation of vehicle speed from tyre marks, pedestrian slide distances, CCTV footage, damage measurements, motorcycle slide marks and retained speedometer readings. 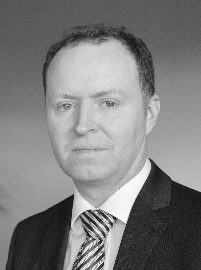 David has also designed and constructed equipment to measure the time variations in digital CCTV footage and has developed analytical methods to assist with the calculation of vehicle speeds from CCTV footage.

He has also constructed radio control equipment to conduct high speed vehicle crash testing attended by other accident investigation experts at police field days in 2011 and 2012 and at the Institute of Traffic Accident Investigators field days in 2013 and 2014.

Click the following link to obtain a copy of David Hague’s CV in pdf format.